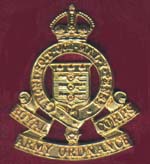 Once captured and allocated prisoner number 252471 he was initially detained in a transit camp before being sent to Campo Concentramento PG66 at Capua in Caserta until 9 February 1943. He was then moved  to Campo Concentramento  PG70, PM3300, Compound 2 at Monturano in Le Marche.  At some time he was moved again, this time to Stalag IV-B at Mühlberg in Brandenburg,  From here he was transferred to the administration of the Stalag IV-G arbeitslagers, headquartered at Oschatz in Saxony where he arrived on 22 October 1943 for deployment in one of their outlying 'AK' (Arbeits Kommando) working parties .  I believe, he was based in one of 4 small British AKs in the Döbeln district unloading coal wagons as he mentioned someone coming from Döbeln to select a new 'confidence man', but going to Roßwein for the dentist and to visit a cinema.  Although some distance from Roßwein, March 1945 Red Cross reports indicate that AK.227 at Hartha Station is the best 'fit'  AK.203 based at Grossweitschen is a possibility, but (although working at Döbeln Hbf.) were in the wrong direction to have been marched from there towards Lommatzsch via Roßwein.  The men of AK.104 at Rittwitz [Rittmitz?]  and those with AK.231 at Kriebethal were based and worked at a stone quarry and paper factory respectively

Although called Jack throughout his life, Arthur John appears to have been known as Otto during his German PoW days - presumably as a result of the Hann/Hahn misconception, maybe Arthur Hann being Germanised to 'Otto Hahn' as a joke and the 'Otto' sticking

For many years, whilst he was held prisoner, Jack kept a pencil-written diary.  Like many servicemen, this contained details of a memorable part of his life.  I believe that he intended to use his notes in order to write up a proper account of his life in the forces but never got round to it.  His children remember the diary being kept safely until at least the late 1970s, by which time they had all left home.  Mum  then died and dad re-married but unfortunately the diary was not amongst the effects that reached them following his death, so its fate remains a mystery

Fortunately he had the foresight to start re-writing it in pen at one stage.  This extract was passed to me following the death of my mother and was therefore saved.  Part of it covers PoW life in 1944. the rest the fall of Germany in 1945.  Whilst not a great literary masterpiece, all of the surviving document is reproduced on these pages, together with details of food parcels, rations received and some copies of 'The Camp' newspaper that survive - not for any particular reason other than

1. they were part of his life

2. they are a personal record of a period of recent history that is rapidly fading as more of those concerned pass on; he would have been in his 90s now

3. they may be of interest to you

4. if I do not record them and make them accessible to others they (like so many other things in life) may be lost forever

Whilst writing up this page I came across another 'war diary' that had been posted to the web.  This has been put into a narrative, similar to what I imagine dad had in mind and concerns Henry Richard Town, born 10.9.1920 (dad was born 9.10.1920)

He appears to have been a Lance Bombadier in the Royal Artillery - the sort of soldier that dad would have been supplying - who served in North Africa, was also captured at Tobruk and held in Italy before being moved to Stalag IV-B at Mühlberg in Brandenburg.  Who knows, dad and he may even have met at some time