Below is a map of some of the East Devon, West Dorset and South Somerset parishes showing where the Arundell family of Lanherne at St Mawgan-in-Pydar in Cornwall held manors or lands.  These came into the hands of the Arundells in the 15th century upon the marriages of of Sir John Arundell with the widowed Katherine Stafford, daughter of Sir John de Chidiocke (6th Baron Fitzpayn) and their son Sir Thomas Arundell with Katherine Dinham, daughter of  Sir John Dinham (6th Baron Dinham).  The Dinhams also held lands in Cornwall including those at Cardinham part of which were probably granted to John Hanne as part of the dowry for his marriage with Mary Arundell  in 1658.  These lands included the property and lands of the mansion* at Deviock into which they moved and that were held by the family until the late 1830s when they passed to Anna Maria Agar and her Robartes descendants of nearby Lanhydrock House

Parishes connected to the Hann(e) family are numbered, and shown with their earliest found mention within that parish 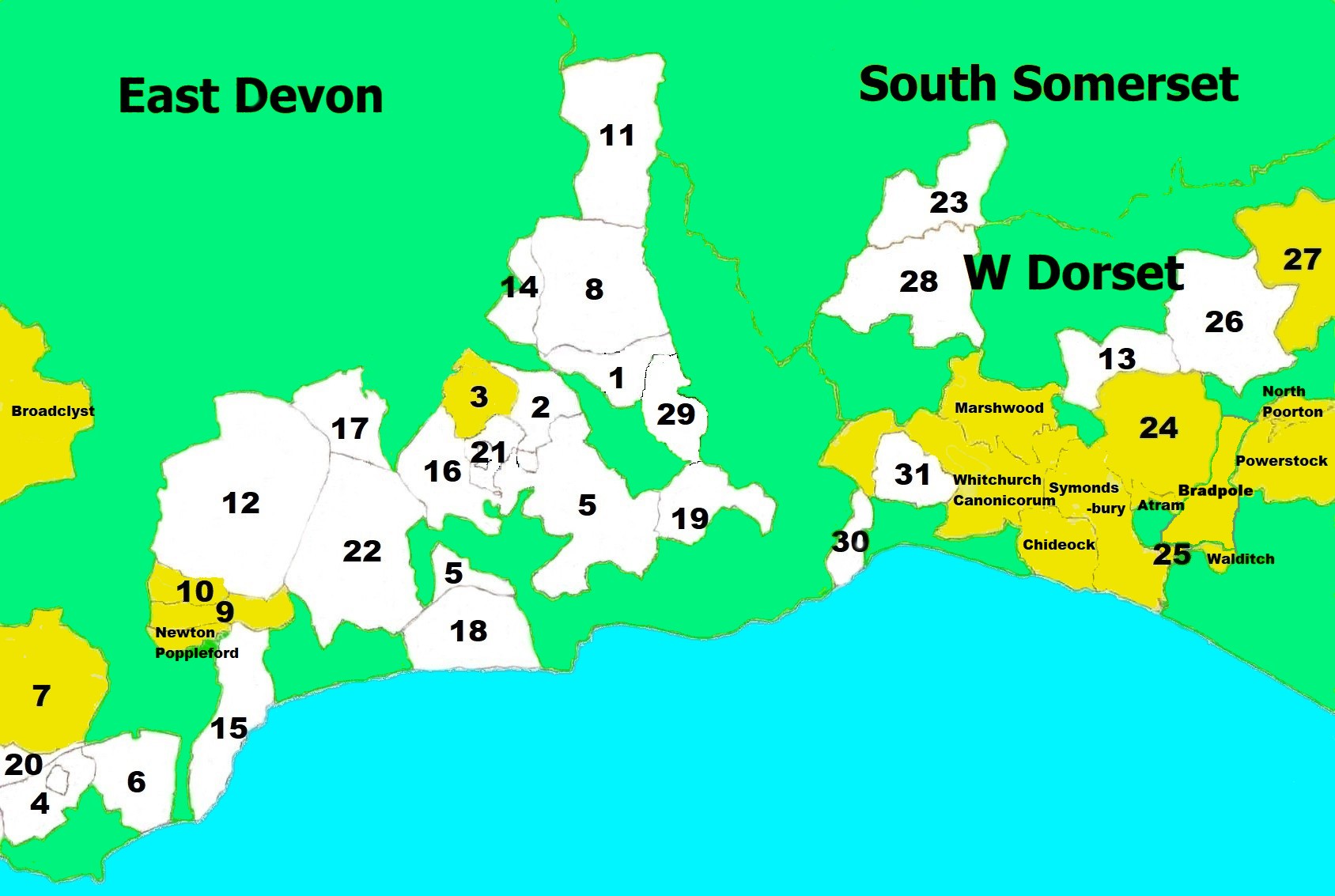